I was reading yet another blog post titled “Why our team moved from <language X> to <language Y>” (I forgot which one) and I started wondering if you can generalize it a bit. Is it possible to generate a N * N contingency table of moving from language X to language Y?

Someone should make a N*N contingency table of all engineering blog posts titled "Why we moved from <language X> to <language Y>". 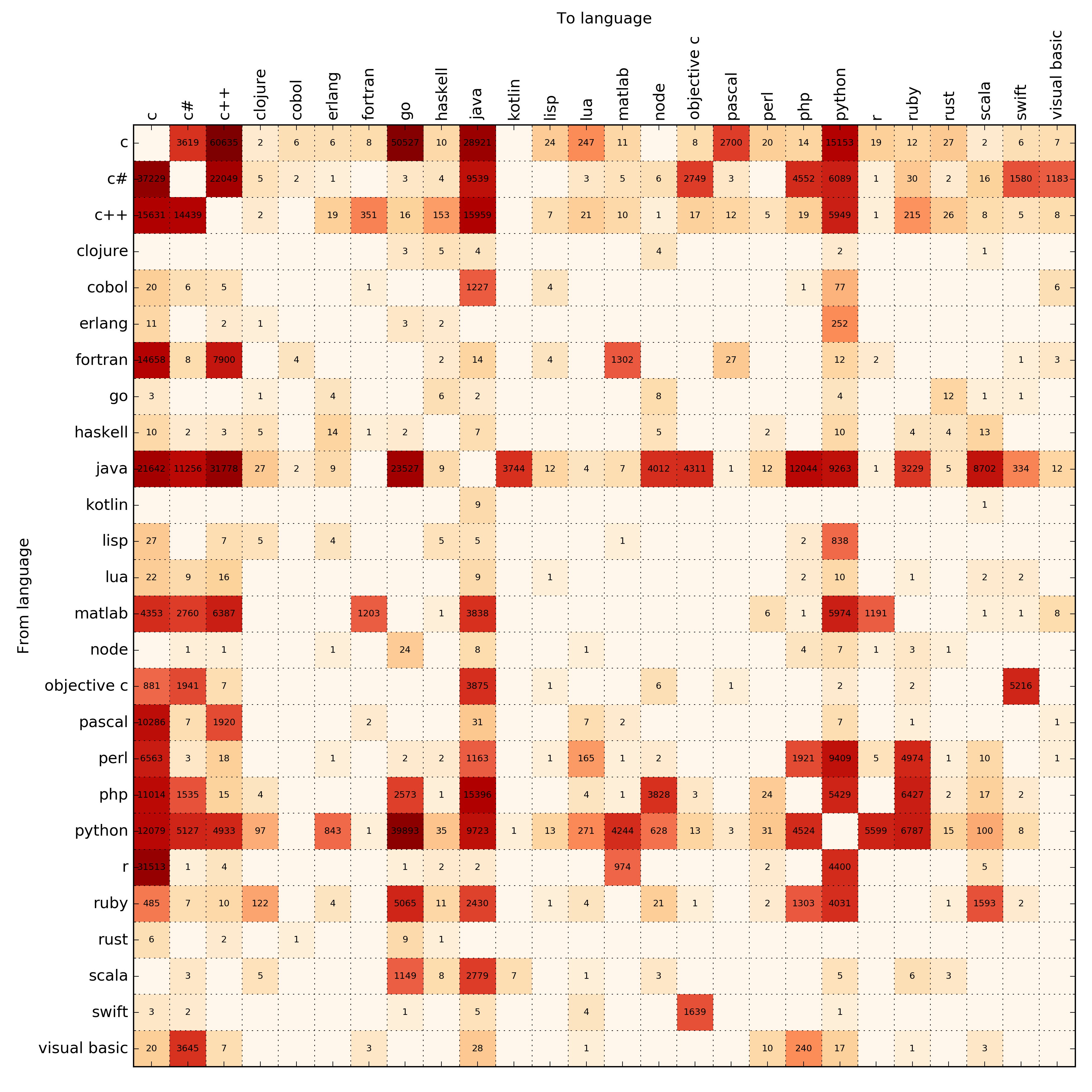 Here's where the cool part begins. We can actually treat this as probabilities from switching between languages and say something about what the future language popularities will be. One the key is that the stationary distribution of this process does not depend on the initial distribution – turns out this is basically just the first eigenvector of the matrix. So you really don't have to make any assumptions about what's popular right now – the hypothetical future stationary state is independent of this.

Go is the future of programming (?)

Without further ado, here is the top few languages of the stationary distribution:

I took the stochastic matrix sorted by the future popularity of the language (as predicted by the first eigenvector). 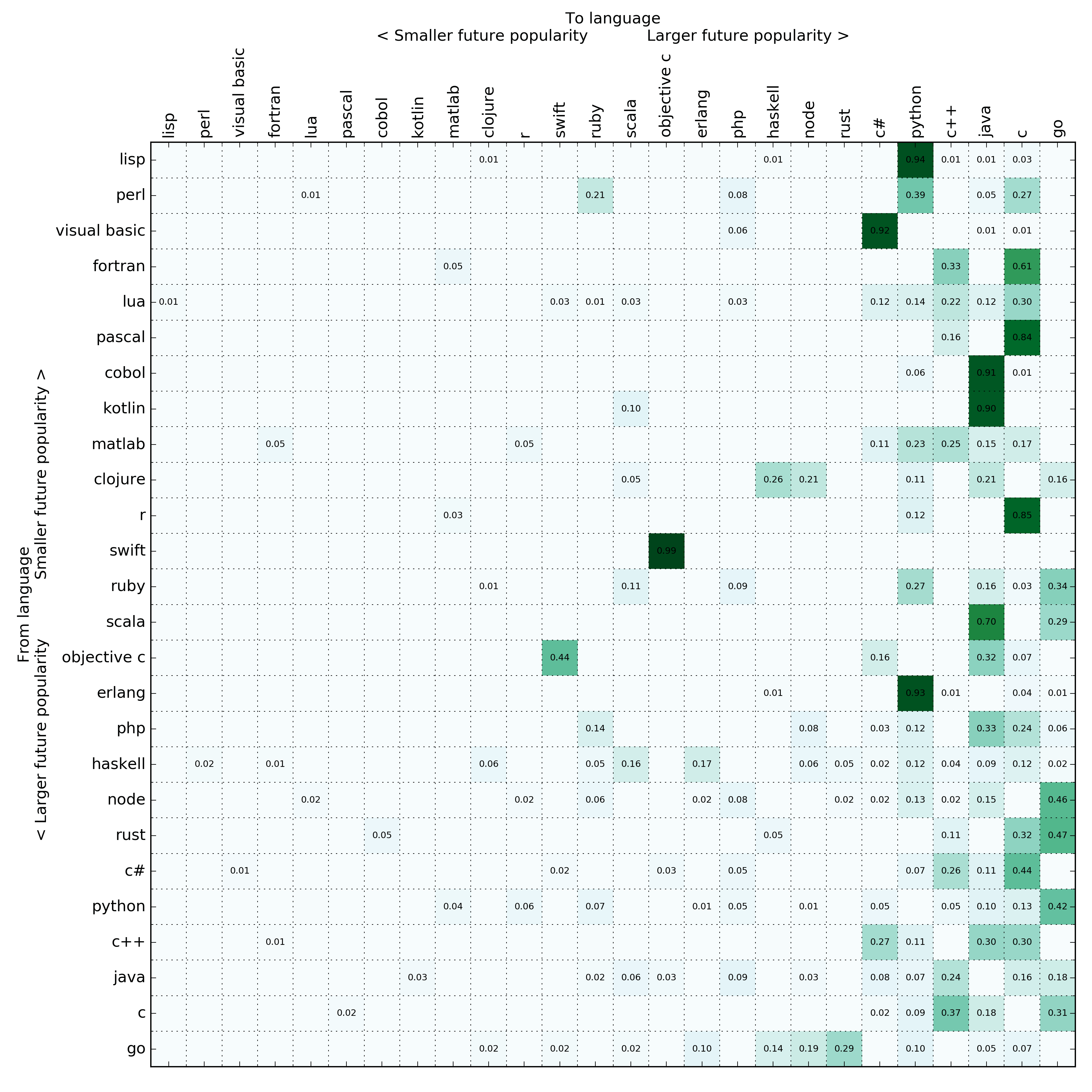 Surprisingly, (to me, at least) Go is the big winner here. There's a ton of search results for people moving from X to Go. I'm not even sure how I feel about it (I have mixed feelings about Go) but I guess my infallible analysis points to the inevitable conclusion that Go is something worth watching.

The C language, which turned 45 years old this year, is doing really well here. I did a bunch of manual searches and in many cases a lot of the results are really people writing about how they optimize certain tight loops by moving code from X to C etc. But is that incorrect? I don't think so. C is the lingua franca of how computer works and if people are still actively moving pieces of code to C then it's here to stay. I seriously think C will be going strong by its 100th birthday in 2072. With my endorsements for C on LinkedIn, I expect recruiters to reach out to me about C opportunities well into the 2050's (actually taking that back – hopefully C will outlive LinkedIn).

Other than that, the analysis pretty much predicts what I would expect. Java is here to stay, Perl is dead, Rust is doing pretty well.

Btw, this analysis reminds me of this old tweet

I did the same analysis for frontend frameworks: 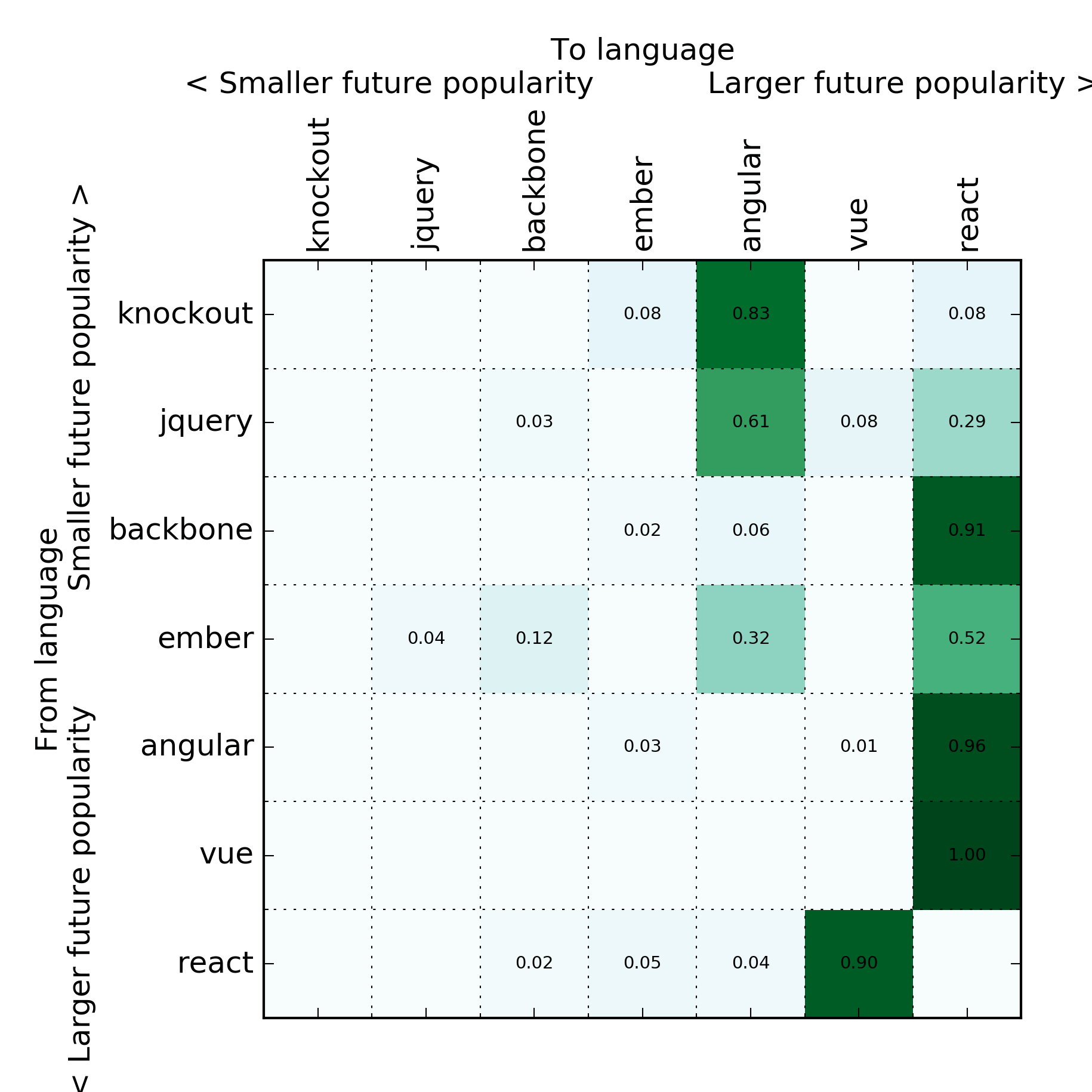 I expected React to come out on top here, but interestingly Vue is doing really well. I'm also surprised how well Angular stacks up – anecdotally it seems like a mass exodus away from it. 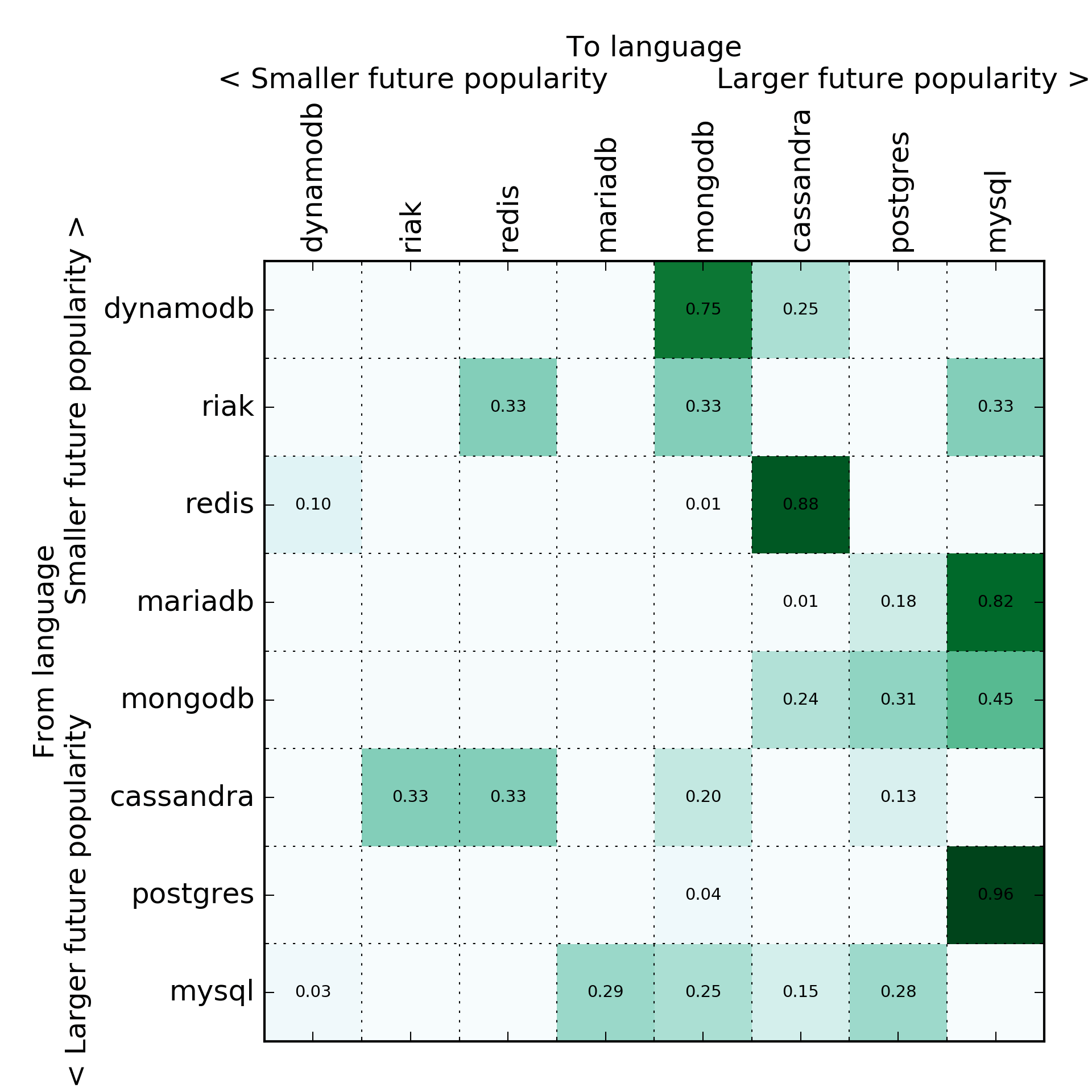 I started looking at ride sharing apps, deep learning frameworks, and other things, but the data is far more sparse and less reliable. Will keep you posted!