HubSpot's Picture Shows how to Maintain Monocultures in the 21st Century

I thought this article about the company culture at HubSpot is kind of funny. “HubSpot's Awesome Presentation Shows how to Create a 21st Century Culture”. 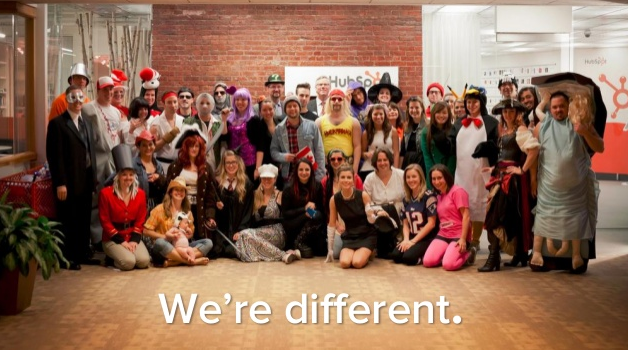 Just FYI: You're not different. You're a bunch of white hipsters aged 25-30 dressed up in the same theme. That's not being different.

On a more serious note, this represents one of the most challenging aspects of scaling a company culture. You start with a bunch of friends with the same background. Nothing strange about this – friends hire friends. The fact that people have friends that are similar to them isn't great, but it reflects society. Spotify started off as a bunch of like-minded mostly male Swedish university dropouts, for instance. Anyway, at some point, you need to start hiring different people to avoid groupthink and to get access to a much bigger talent pool. Not saying it's easy.