Where do locals go in NYC?

After some looking around, I found this Foursquare data dump and analyzed about 200,000 check-ins in NYC. Time to crunch some data…

First of all, I split up check ins into those done by (a) people living within 10,000 feet of the check in (b) people living further away. As the next step I broke up the check-ins by 2,166 census areas of New York and calculated the ratio of locals. I color-coded each census area from green (100% locals) to purple (0% locals). Here is the result, for the five boroughs: 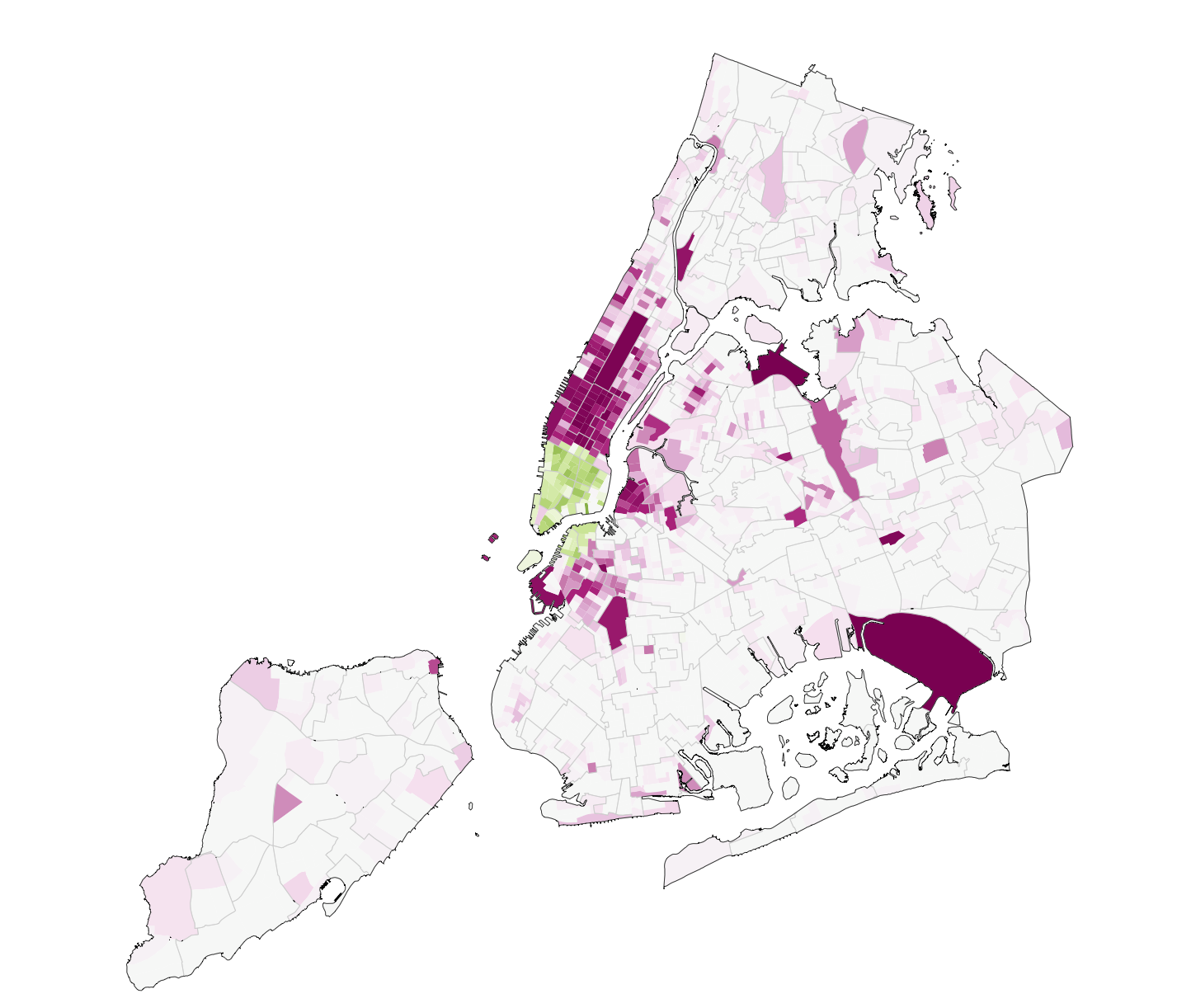 Some obvious ones stand out, like the airports: JFK and LaGuardia, which are completely dominated by “non-locals” . Interestingly, Red Hook in Brooklyn also is dominated by non-locals (maybe because of IKEA?), as well as Prospect Park and some other areas in downtown Brooklyn. In Bronx, the area surrounding Yankee Stadium is also nearly 100% non-locals.

Maybe not surprisingly, there seems to be some truth to the joke that real New Yorkers do not go above 14th Street. Zooming into lower Manhattan, you can clearly see a sharp dividing line cutting across Manhattan: 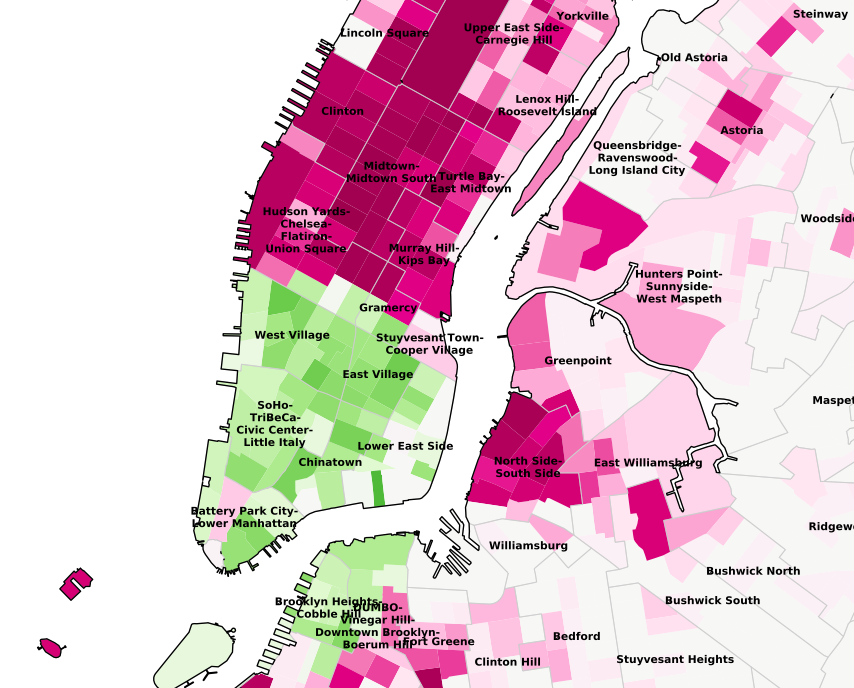 Another thing that stands out is how North Williamsburg is completely dominated by non-locals, maybe because of the huge influx of people on weekends going out partying.

I then split up into (a) people who live in the five boroughs (b) tourists, and color-coded into blue (0% tourists) and red (100% tourists): 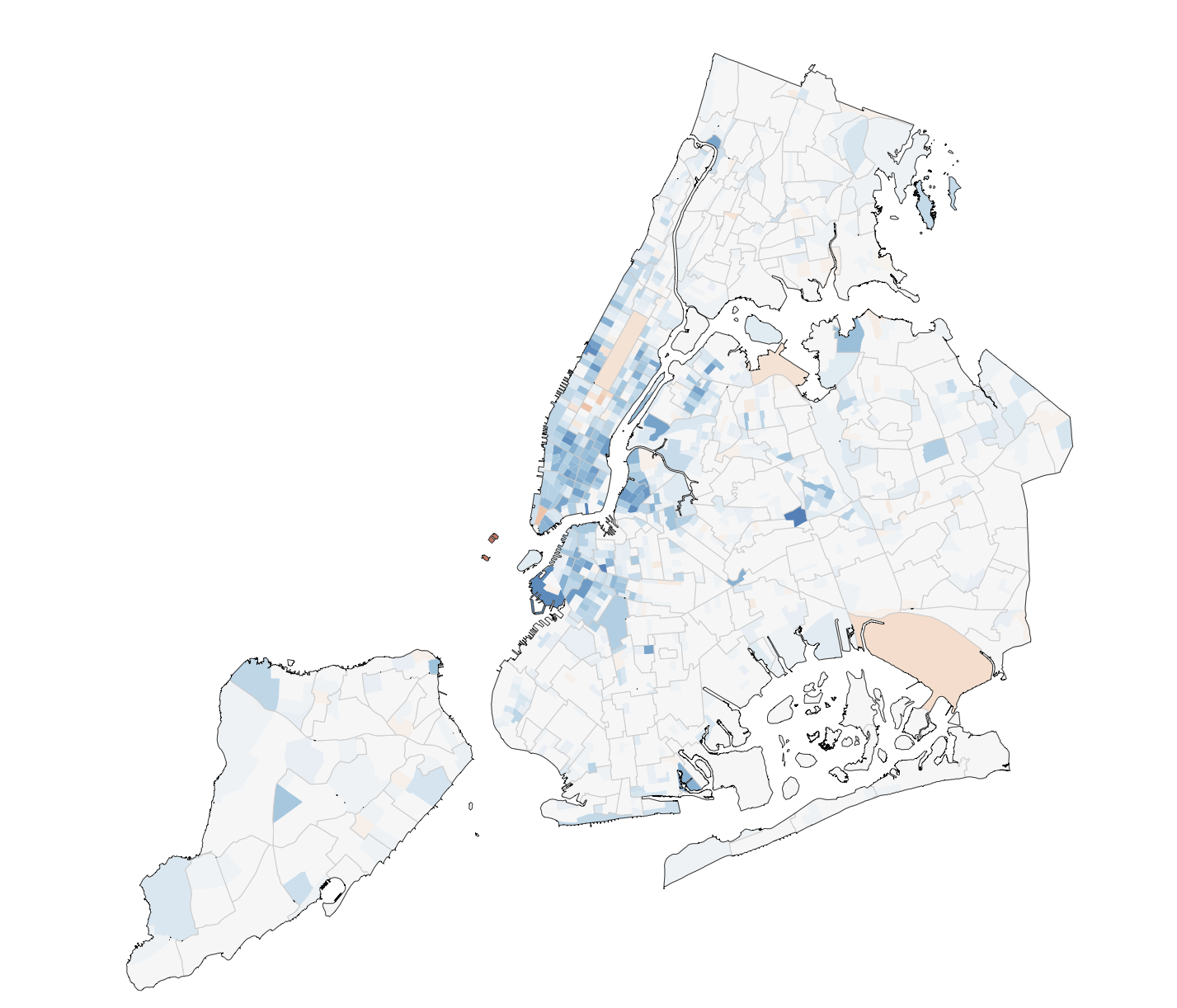 Zooming in on Lower Manhattan again: 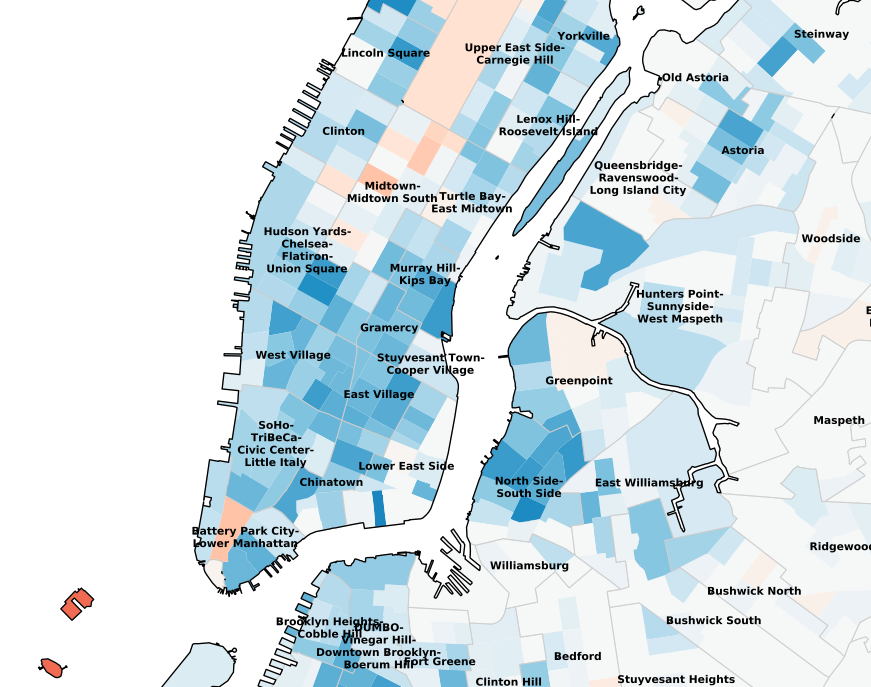 Another thing that stands out is how North Williamsburg is dominated by New Yorkers, meaning that even though most people are not local, they are still from the city.

The areas most dominated by tourists are, maybe not surprisingly

I did this in Python, mostly using geopandas, Matplotlib, and a bunch of open source data sets. It was a fun weekend project and it ended up taking way too much time. And since I live in Lower East Side myself, I'm probably pretty biased…