Early last year when I left Spotify I decided to do more reading. I was planning to read at least one book per week and in particular I wanted to brush up on management, economics, and technology. 2015 was also a year of exclusively non-fiction, which is a pretty drastic shift, since I grew up reading fiction compulsively for 20 years.

My goal for 2015 failed – I ended up reading about 40 books last year. Here is a small selection of the best ones. Not all of it was published in 2015. 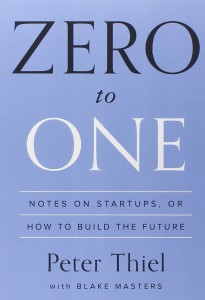 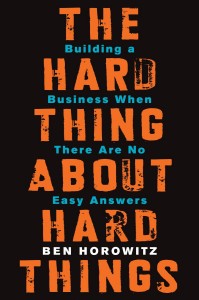 Peter Thiel – Zero to One

Both books are highly entertaining. Ben Horowitz has a very narrative style and takes the reader through the ups and down of Opsware. Peter Thiel tries to provoke and goes on with long rants on how to position yourself. He stays true to his character – a nihilist libertarian who knows something about the future mere mortals do not. I like to think of the book as a set of mental models or factors that are all very important but maybe not as crucial as Thiel wants it to be. Ben in contrast stays close to earth and discusses his approach to management. It's more like an HBR case study, except a lot more interesting and fun. 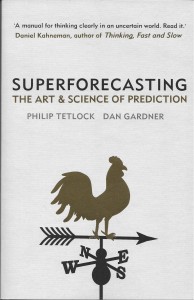 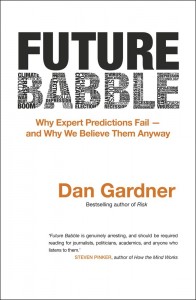 I have a soft spot for cognitive biases, predictions, and making things quantitative. Both build heavy on the classic Expert Political Judgement by Philip Tetlock himself. Future Babble is by Dan Gardner, whereas Superforecasting is by the two of them together.

The books are about predictions but apply to any decision making with limited information. The fascinating TL;DR is that most people can become better decision makers by incorporating multiple factors and viewpoints, constantly calibrating their decisions, and stay away from single “big idea” explanations. If I had to pick one of these, read Superforecasting. 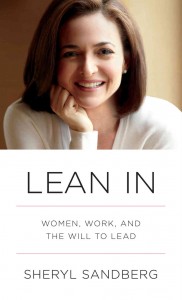 You could read this book from several perspectives, each useful. The intended perspective is if you're a woman and want to make it in business. I'm not a woman but there's at least two other perspectives of the book that both make it a worthwhile read. Most of the book to is really a great guide on how to make it in business in America. Being from another culture (growing up with a humble Scandinavian mindset) I found that it generalized quite well from the original target audience. The other reason to read it as a man is that it describes the double standards and the uphill struggles of women in business. Everyone's biased, it's just a difference whether they deny it or admit it. If you're managing people, I think it's your duty to be aware of your biases and how other people's biases affect women. Either perspective you choose, this book is an easy read, and worth spending a few hours on. 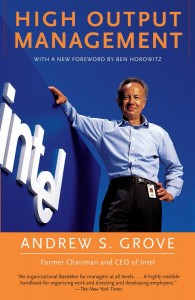 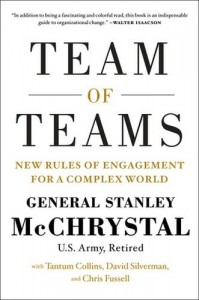 These books aren't very similar but in one way they represent the opposite sides of how to manage efficiently. Stanley McChrystal spends a lot of time discussing the Taylor approach to management and how it breaks down in wars, especially fighting insurgents. Say what you want about the military, but it represents the ultimate management under uncertainty. Interestingly Superforecasting borrows a chapter out of this book, spending a lot of time on Taylor and modern warfare, starting with van Moltke.

I think of management as a series of steps building on each other, ranging from maximum certainty (we know what we want to build and how to get there) to total uncertainty (we don't know what to build and have no idea how to find out). On that ladder, High Output Management is a great introduction to the lower levels, and Team of Teams a series of essays on what breaks down at the higher levels. None of the books is exhaustive, but definitely worth reading if you are a manager or interested in management.

Jessica Livingston (of YCombinator) interviews a set of founders. It's a bit dated (2007) but still a great set of stories of what built a bunch of companies.

This books roughly comes off as Peter Thiel talking about advertising. Highly opinionated with lots of concrete advice for how to do advertising well. The book is severely dated – It's from 1983, but really talks more of the Mad Men era of 1960's. I still find it somewhat relevant, but more importantly it's an easy fun read.