My blog post about fonts generated lots of traffic – it landed on Hacker News, took down my site while I was sleeping, and then obviously vanished from HN before I woke up. But it also got retweeted by a ton of people.

This clearly constitutes another proof of how effective animated gifs are. There's some stuff out there on the internet that I think is about 10x cooler than my blog post:

Recurrent Net Dreams Up Fake Chinese Characters in Vector Format with TensorFlow – blog post from a few weeks ago, doing something similar but modeling the strokes of Chinese characters as vector paths. 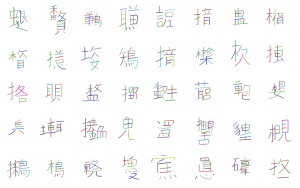 Learning a Manifold of Fonts – something I found the other day 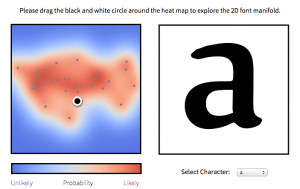 Some more Chinese characters generated using a neural network – in this case it's a DCGAN (deep convolutional generative adversarial network) which is probably a better architecture than what I was using. 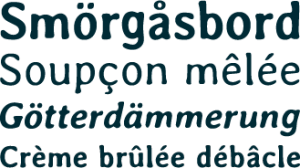