Why I went into the mortgage industry

I just realized last Thursday that I have spent two full years at Better, incidentally on the same day as we announced a $15M round led by Kleiner Perkins. So it was a good point to reflect a bit and think back – what the F led me to abandon my role managing the machine learning team at Spotify? To join some random startup in the world's most boring industry? So here's my justification why I love being where I am:

Back in 2008, I joined a then unknown company called Spotify. At the time I had an offer from Google and a couple of other places. Obviously all my friends and family thought I was really dumb. Google is the coolest place in the world to work at! Ball pits!! But what made me join Spotify was (a) I loved their beta product (b) all the smart people from school (KTH) that I looked up to had joined. So I thought, whatever, I'll try it. I want to work with these guys.

I ended up staying there for about six years during which this obscure company that started in Stockholm transformed the music industry. Anyway, the lesson I learned was: go work for the smartest people you can find, and with a business idea you believe in. Everything else is secondary. Even the business idea is probably secondary, since smart people often end up making the business work (Spotify is arguably an example of this).

The mortgage industry is pretty terrible

… and that's why I love it. It takes about 60 days to get a mortgage in the US. The average loan file is 800 pages. Basically mortgage lending is pdf manufacturing, and almost everything is manual.

Travel agents and stock brokers were obviated by the internet when people realized it's both more convenient and cheaper to disintermediate the human, and connect the users directly to the system. But mortgage lending is still done by a human loan officer pushing around your loan in a CRM and making roughly a percentage point of the loan amount in commission. This is a tax on the information asymmetry between borrowers and the “system” – an extremely complex industry with more regulatory bodies than anyone could keep track of.

Mortgage brokers from the movie The Big Short

I think it's funny when people talk about AI automating a bunch of human processes. I don't disagree, but huge parts of the mortgage industry can be automated by a bunch of web scraping scripts. This is a process that's supposed to be an objective decision based on factual data points about a user. Let humans do what humans are good at, use computers for everything else.

Why hasn't it been automated? It wasn't always hard to get a mortgage, and you might have heard that there was a minor problem with that. After lots of added regulation (most of it pretty sane), it's very hard to get a mortgage. But the word “hard” is overloaded in English – can refer to both “high standards” and “tedious”. We focus only on very prime customers, and there's no reason why they should have to jump through a million hoops.

Sometimes it's good to be a bit contrarian

One theory I have is that you should take advantage of “talent arbitrage”. Smart people over the last 20 years have all moved into startups and hedge funds, but indirectly that also means that all other industries will be disproportionally underserved by talent. There is a separate bigger altruistic/utilitarian argument to be made that smart people increasingly went into industries with small or no externalities – no bigger benefit to other people. I don't think high frequency trading or hyper-optimizing ad CTR is necessarily terrible in itself, but what's bad is it's the opportunity cost of sucking smart people away from jobs with larger externalities.

But the silver lining is I think this will change as the opportunities pop up for smart people to go into these “underdeveloped” fields like education, healthcare, and banking. Being the smartest team in a mediocre industry means you have a huge competitive advantage. Interestingly I see a lot of action in New York targeting these industries, but I don't know if it's a larger trend (yet).

Mortgages are nearly untouched by technology

Tech and tech startups have changed our lives in a lot of amazing ways. Industries like media, communication, and entertainment have gone through enormous changes as a result of distribution costs going to zero and formerly fragmented markets are now dominated by winner-takes-all effects. But looking around in the world, there are huge industries waiting for the same transformation. The industries I just mentioned, education, health care, and financial services, are enormous and have barely changed in the last 50 years.

We're finally starting to see some really interesting tranformations of financial services – active fund managers are being replaced by index funds, financial advisors are being replaced by robo-advisors, and hedge funds across the board are cutting their management fees. Maybe we're past peak financial intermediation? I think it's highly likely. It's an extremely fragmented market in the US and still extremely based on the physical branch network. Is the industry's “Amazon moment” just around the corner? Hopefully.

Case 1: One of Chase Mortgage's tech providers are bragging about only 3 days of downtime per year 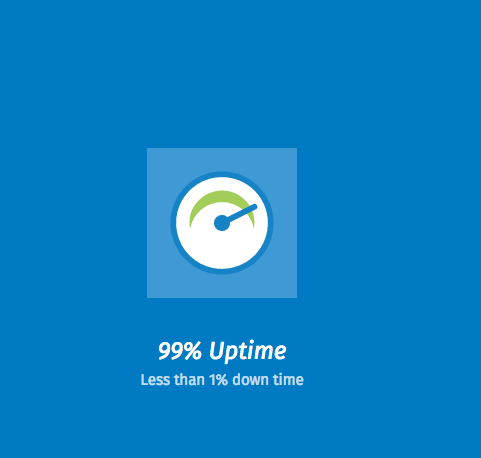 Case 2: Some closing agent provider bragging that they can IMPRESS CUSTOMERS by delivering PHYSICALLY SIGNED documents on a CD

We have a head start

I really think there's a new way of thinking about building consumer products. It's a code that tech startups cracked in the last ten years. Launch early, launch often, iterate, and learn from your consumers. Big banks are absolutely terrible at this. A typical release schedule is six months, with binders describing the steps. During that time, my team has deployed new incremental changes to production 5,000 times. No wonder why banks are completely incapable of building consumer products.

On the other side of the spectrum, mortgage lending is not something you can start doing in a garage. We basically ended up going out and taking over an existing lender, in order to get all the licenses and other thing we needed. Sadly, regulation massively favors incumbents, but I guess the flip side is regulatory capture can be good if you're on the right side of it.

The weighted average NPS of the top banks is negative eight. Getting a mortgage is roughly as fun as getting a root canal. Because we've automated almost the entire process, we can manufacture a mortgages far faster, with a lot less hassle than other lenders. No more physical documents, and no more uploads. We try to fetch everything from API's and plug into a fully automated rules engine. The most beautiful part is that we actually save money by doing all these things, since we're cutting out huge chunks of manual labor, as well as the risk for issues.

The mortgage process is the biggest financial transaction that most people go through in their life times. The current system basically leverages the information asymmetry in order to justify the exorbitant commissions. Bait and switching is rampant, as well as under the table kickback for referrals (outlawed by RESPA). We want to get rid of the sketchiness, but also reduce this information asymmetry through tools and product simplifications to make sure consumer make better-informed choices (robo-advisors are very much a source of inspiration here).

We aren't building a mobile game or a social network for dogs. We make several thousand dollars in revenue per mortgage, with great unit economics. So we've made substantial money from day 1.

This is a big industry

There's about 7M mortgages every year in the US. The mortgage industry is several orders of magnitude larger than the previous industry I used to work in, the music industry.

American residential mortgage backed securities (roughly $16T total value) are a larger asset class than US equities. Yet the pricing mechanism is extremely crude – package a bunch of mortgages into a bundle, and price them by a couple of variables like zip, credit score, loan-to-value, and debt-to-income. What if we could take this $16T asset class and make it into a liquid market where prices are determined by models and updated in real time? What if we could auction off mortgages (or slices of mortgages) on a market as they are originated, like the adtech space works? The capital markets side has a lot of opportunities.

The cost of terrible mortgage lending isn't just the outrageous commissions. There's also a huge “tax” on mortgage financed real estate transactions because of the risks. Basically cash offers command a premium of somewhere between 5% and 15% of the amount (1) (2). This is the cost consumers have to take on because the seller (and the seller's realtor) doesn't want to deal with the risk of a transaction falling through. This “tax” is roughly $50-100B per year that American consumers have to pay (on top of already outrageous realtor commissions). So going beyond just the speed and ease of the transaction, our next goal is to reduce the risk to essentially zero.

First of all, you should let me know if you're interested in joining! It's been a great trip over the last two years, and I can't wait to share some of the stuff we're working on.