What can startups learn from Koch Industries?

I recently finished the excellent book Kochland. This isn't my first interest in Koch—I read The Science of Success by Charles Koch himself a couple of years ago.

Charles Koch inherited a tiny company in 1967 and turned it into one of the world's largest ones. That's impressive! Just a quick disclaimer just to get it out of the way. You may know the Koch brothers as the climate deniers who funded the Tea Party. I don't understand this disconnect between being so brilliant in one field, and extremely ignorant in another. But my curiosity tells me there's something worth learning from most notable people, despite what I may think of their opinions and Koch Industries turns out ot be a particularly interesting case study.

Let's go through a few ways I think startups (and any companies) can take notes from what Charles Koch has accomplished. 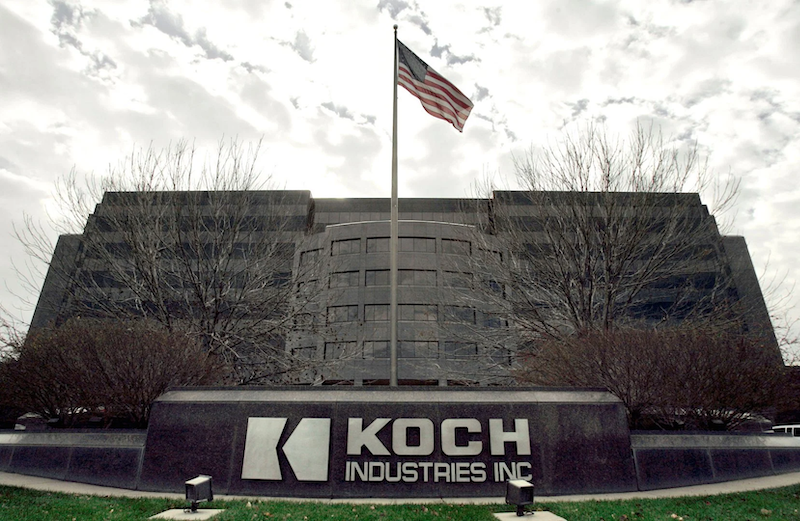 Aligning incentives with what's in the long term interest of the business is an extremely hard thing to get perfect, especially at a large scale. A lot of it comes down to how you measure results. Ideally, you want measure (and reward) the performance of individuals in a way that's 100% correlated with business value.

Koch's approach to a lot of this boils down to holding business units and even individual plants accountable for their profits and losses. This creates essentially 100% alignment with the management of those units/plants and what the company wants (maximize profits)! If you also give those managers full freedom to pursue their objective in any way you want, then you have both full accountability and agency.

There are many caveats applying this to startups, since:

… BUT, I've also seen several success stories when you put a smart person in charge of a key metric (say acquisition costs) and tell them from now on, they own it, and they need to do whatever they can to get it down. Accountability+agency can work extremely well.

Creating a culture of entrepreneurship

One tenet under Charles Koch's school of thought called Market-Based Management (MBM) is “principled entrepreneurship”, meaning let everyone in the company think about their job as a business owner. Every company should make it clear to everyone, that it's their duty to:

By decentralizing the ability to observe and suggest improvements, you get the people close to the markets to make decisions and react quickly. Every company should take notes.

Koch Industries made some mistakes along the way. There's a trap if you push too much for it. Kochland, p. 192:

Every Koch business leader was expected to create their own Value Creation Strategy. They needed to look for new companies to buy, new plants to build, and expansion projects for existing plants. […] Business leaders knew that Charles Koch would cut or increase their bonus pay based on the Value Creation Strategies they delivered. This change rippled out through the ranks. Deals were proposed and sent to Wichita—everybody wanted a big acquisition under their belt.

I have seen the unintended consequence of people being rewarded for suggesting and pitching a deal, but not held accountable for making the deal work in the long term. The results are not great. Koch seems to have learned this lesson and cracked down on the dealmaking bonanza, after a disastrous acquisition of Purina Mills.

As I just mentioned, you just have to be ruthless about holding people accountable for actually delivering, and not just delivering the slideware. Koch learned it the hard way. Kochland, p. 199:

And these people were not the right kind of people. Koch had begun to stock its ranks with MBA students from the best business schools around the country. Brad hall spent a lot of his time trying to unteach these kids what they learned at Northwestern University or Harvard. And there was a cultural element as well. Many executives inside Koch Industries saw a type of freelance culture was growing among the young guns. They were looking out for themselves, not the company.

Creating long-term alignment between the employees and the company is crucial, or you will hire careerists who are self-optimizing. When you promote based on who pitches the best rather than who delivers the best results, you will reward short-term behavior. This is a classic agency problem. I suspect moving to Wichita was in an odd way one of the ways Koch might have filtered out short-termist thinkers.

Throughout a set of sweeping changes, Charles Koch reformed the company. Kochland, p. 221:

After the purge was complete, Charles Koch didn't replace his leaders with fresh employees who were hired from the best business schools or other companies, Instead, he promoted loyalists who knew the Koch way. […] The new team was composed entirely of men who were steeped in Charles Koch's values and who were imbued with the lessons of Koch University. These were the people who spoke the language of Market-Based Management. Charles Koch promoted players from his own farm team into the big leagues.

Hiring “careerists” can be dangerous at any company, but there's also ways to make sure the system is set up to promote people with a longer term view. Startups typically award stock options vesting over four years as a way to align the interest of the early employees with the company. One of the reasons I've always been skeptical of bonuses because it favors short-term thinking, as opposed to equity grants or increases in total compensation which are awarded based on sustained high performance.

Consider a hedge fund paying its traders a fraction of the profit: that will incentivize them to make dangerous bets of the type:

The expected value is very negative, but a smart trader should take this bet every year: they will walk away with a huge bonus year after year until bad luck strikes and they are fired (but get to keep their bonuses).

Most incentive system end up having similar flaws, and this is another thing Koch Industries learned the hard way. Kochland, p. 215:

Oil gaugers interpreted Koch's push for “continuous improvement” as a reason to give Kochs's customers a bad deal. The refinery managers had interpreted Koch's push for “profit centers” as a reason to dump pollution into wetlands and delay investments that would have reduced pollution. The common teachings of MBM had too often turned into a language of groupthink, prompting managers to persecute whistle-blowers rather than heed their important warnings. MBM's focus on growth had encouraged irresponsible acquisitions that piled up losses, and public failures like the collapse of Purina Mills.

How do you fix something like this? In the case of hedge fund traders, you can introduce certain risk metrics, and require that those can't exceed certain predefined values. Trade what you want, and you get a share of the profit, but you cannot exceed certain risk limits.

Charles Koch's invention is something he calls 10,000% compliance (100% compliance, 100% of the time). This wasn't just a directive, but also a part of the culture and belief system. When you know that the company cares and you know that your coworkers know and they know you know, then these rules are far more effective.

I live in New York City, which is 10+ million people living on top of each other. If you suddenly stop on the sidewalk, and someone is walking behind you, they will highly likely yell at you. This might seem harsh, but I'd argue it's actually the very basis for which so many people can coexist so close to another. Having strong cultural tenets (for instance: “you need to be careful about other people's space”) comes with the flip side, that if those cultural norms are violated, then there will be swift punishment. So in a weird way, it comes from the fact that people care.

Culture works in other ways, too. It can be a shared belief system that people can fall back on. If I work at a startup, and one department is obsessed about lowering costs, while the other one is obsessed about growing volume, then they are making decisions based on different assumptions. A shared belief system helps people coordinate without having to explicitly coordinate. Does this company believe in quality at any cost? Are we frugal? Do we hire “the best”? Kochland, p. 568:

Senior leaders at Koch Industries phrased everything they said in the vocabulary of Market-Based Management. One of Charles Koch's indisputable accomplishments over the preceding thirty years was creating an organization where every employee—to a person—publicly subscribed to the same intricately encoded philosophy, Division heads who came to Wichita spoke in terms of mental models and discovery processes and the five dimensions. They talked about integrity. Decision rights. Challenge processes. Experimental discovery. Virtues and talents. They weren't the dog whistles or catchphrases. They were the internal vocabulary of Kochland. Learning them was the first condition to winning a seat at the table.

Regardless of what you think of Market-Based Management, the fact that at whole 100,000+ people organization agreed on a shared set of principles implies a lot of decision making gets vastly simpler. There is something impressive about this.

Has Charles Koch figured it out and cracked the management code? Definitely not. Has he thought a lot about incentives and culture? Absolutely. Does saying that mean I subscribe to his worldview? No way.

I always dig a good book about corporate dynasties and Kochland was a great one. My understanding of Koch went from nonexistent to superficial, and some of this post may be of questionable accuracy. Please excuse any liberties I took trying to apply it to startups!