I spent a few days during the holidays fixing up a bunch of semi-dormant open source projects and I have a couple of blog posts in the pipeline about various updates. First up, I made a number of fixes to Git of Theseus which is a tool (written in Python) that generates statistics about Git repositories. I've written about it previously on this blog. The name is a horrible pun (I'm a dad!) on Ship of Theseus which is a philosophical thought experiment about what happens if you replace every single part of a boat — is it still the same boat ⁉️ 🤔

So anyway, here's one of the plots you can generate for Kubernetes — a somewhat arbitrarily picked repository. 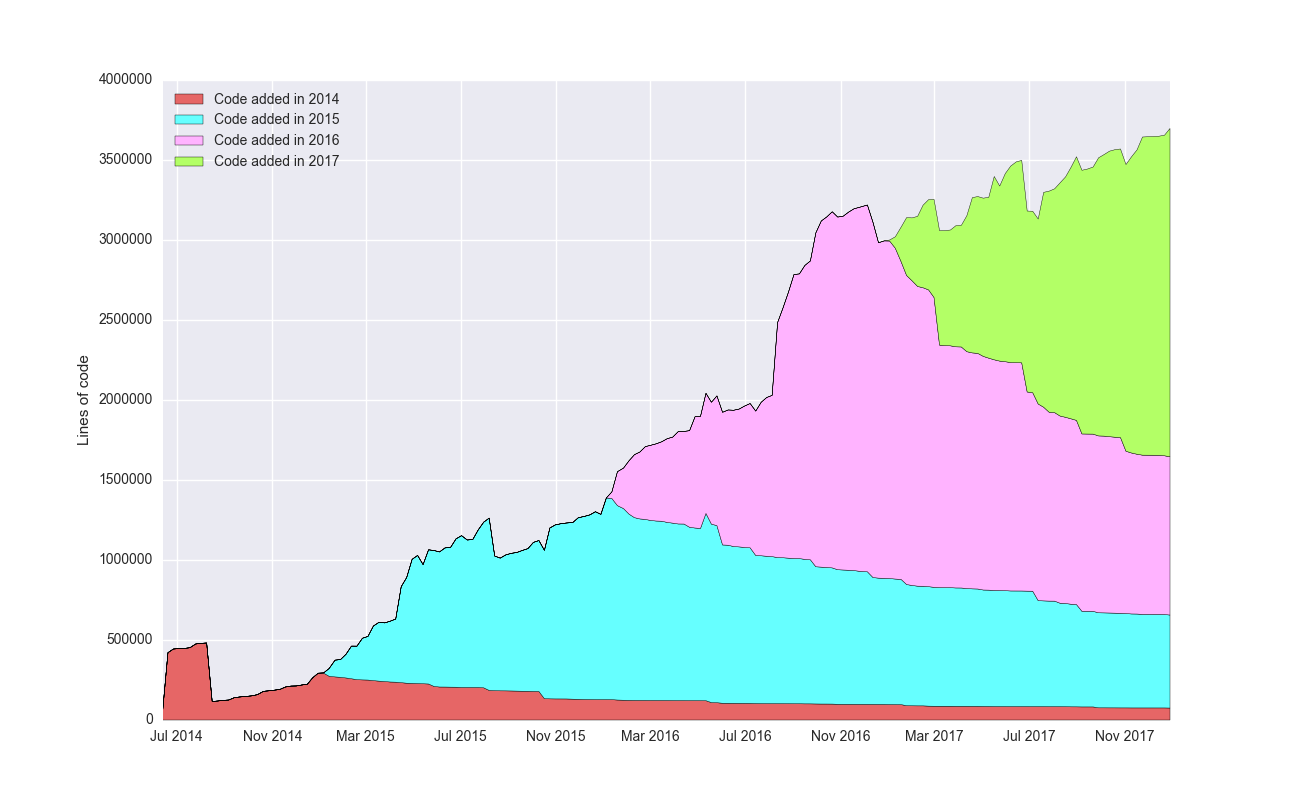 So what's new? I've updated the color scheme a bit, but also added the option to plot author statistics:

And it doesn't stop there! Here are some other minor updates: 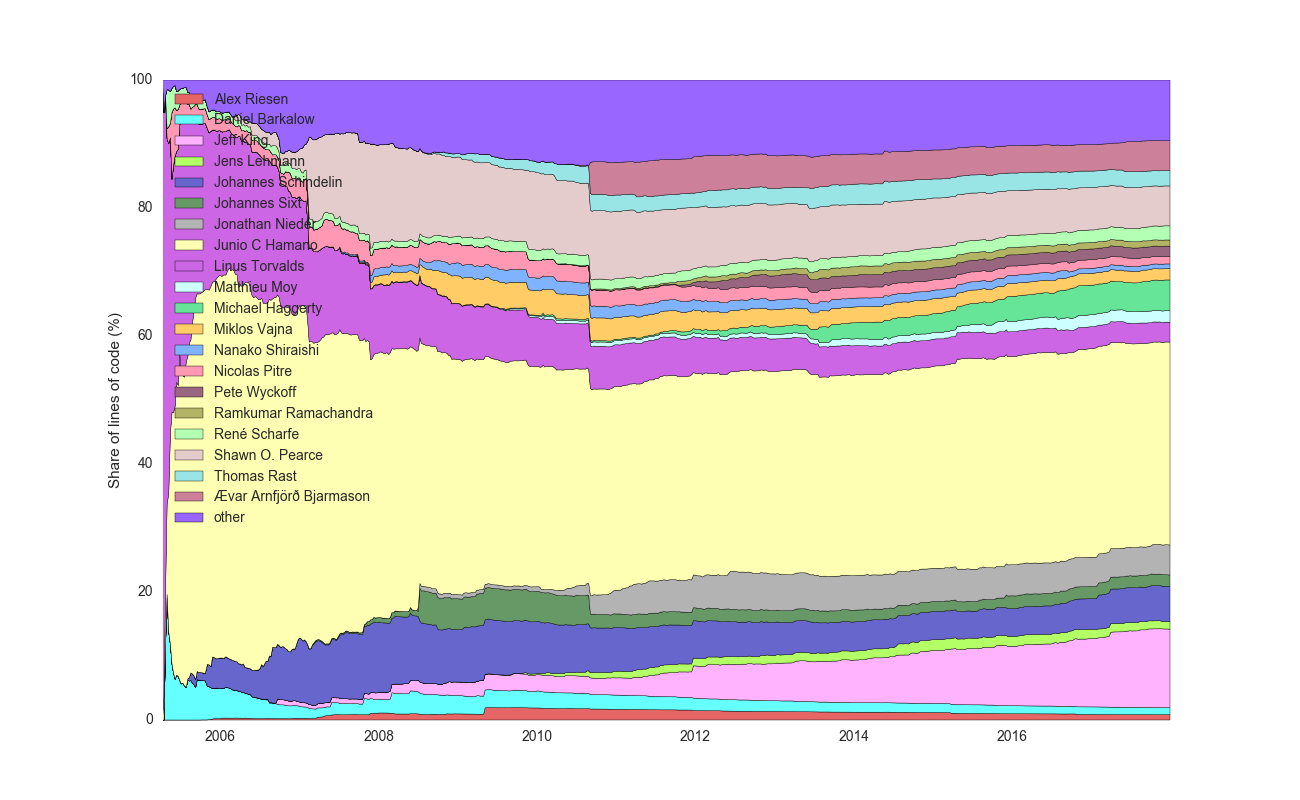 That's it! As I mentioned I got more where this came from. Some future blog posts will cover: